Vice Provost Joseph McCarthy leads the Undergraduate Studies group within the Office of the Provost academic team, which focuses on undergraduate education with the ultimate goal of enhancing the academic experience of the undergraduates on all five campuses of the University. This includes developing and facilitating programs to improve student satisfaction and retention, student success, and the overall learning environment (quality of programs, dissemination of opportunities, undergraduate advising and mentoring, and diversity of perspectives and people). In addition, McCarthy and team coordinate the review of programs and policies affecting undergraduate education—such as academic planning proposals, transfer credit and articulation agreements, academic integrity issues, and academic innovation initiatives—and work with University committees including the Provost's Advisory Committee on Undergraduate Programs and the Enrollment Management Steering Committee.

In addition to being Vice Provost for Undergraduate Studies, Joseph McCarthy is also the William Kepler Whiteford Professor in the Swanson School’s Department of Chemical and Petroleum Engineering. He has been on the faculty at the University of Pittsburgh since 1998.

Deeply engaged in undergraduate education throughout his career at the University, McCarthy has been recognized for his contributions to teaching, curriculum development, and his leadership of undergraduate research programs. In 2008, he received the Carnegie Science University Educator Award for developing and implementing the innovative “Pillars” curriculum that reshaped undergraduate education in chemical engineering. In 2012, the Swanson School recognized his contributions with their Outstanding Educator Award, and in 2015, he received the Chancellor’s Distinguished Teaching Award.

In addition to his scholarly and instructional activities, McCarthy’s record of administrative experience in the chemical engineering department dates back to 2005 and includes serving as Undergraduate Coordinator, and then as Vice Chair for Education. In these roles, he focused on leading department-wide educational initiatives for undergraduate and graduate programs during a time when undergraduate enrollment within the department more than tripled.

He is a member of the American Institute of Chemical Engineers (AIChE), the American Physical Society (APS), and the American Society for Engineering Education (ASEE). He also has served on the editorial board of the AIChE Journal and as an Executive Committee member for the 2013 American Physical Society – Division of Fluid Dynamics meeting and also as an organizer and plenary speaker at the international Discrete Element Methods conference in Brisbane, 2007 (held every three years). 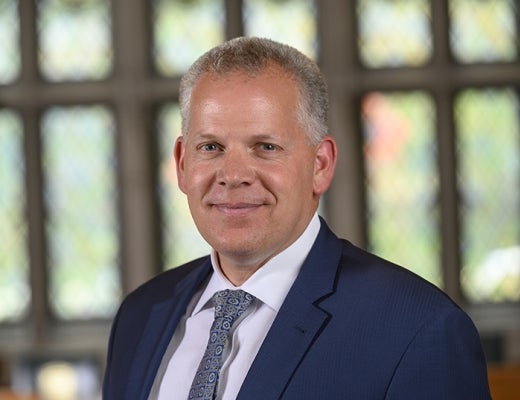